in a wonderful park overlooking the beaches.

The villa is equipped with 6 double rooms, all with private bathrooms, and can comfortably accommodate up to 12 people. The rooms are distributed over several wings, guaranteeing each guest maximum independence and privacy.

Learn more about the villa
Discover the rooms
The interior rooms

Inside, the living area consists of a large living room and, raised by a few steps, a kitchen with dining room. To the side of the dining room is a veranda with a large table, perfect for summer dinners. On the other side, the living room is connected to the beautiful master bedroom with its own access to the porch and a private bathroom with bathtub. Attached to this wing is another double bedroom with private bathroom, which is completely self-contained.

At the rear of this first level, an internal courtyard with an equipped barbecue area separates it from the second wing of the villa, which unlike the first is built on two levels. On the courtyard level, there are utility rooms such as laundry, storage and staff room, while the first floor comprises two double rooms with ensuite bathrooms. Each has its own independent access via a small porch with sea view. Behind the second wing are two more double bedrooms with private bathrooms, one of which has a solarium accessible by an external staircase.

Continue
The exterior of the villa 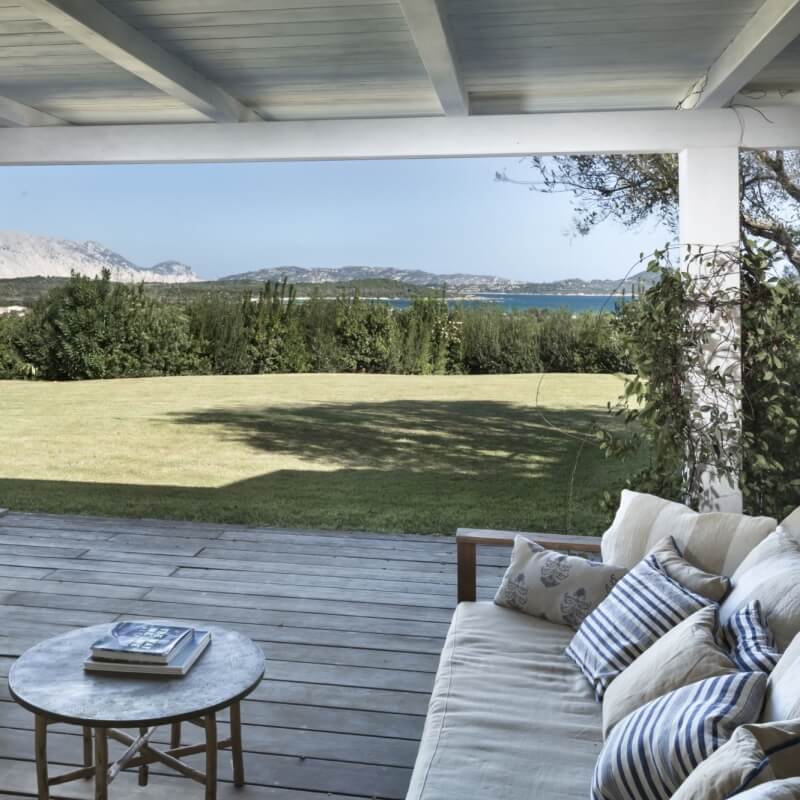 The main body of the villa overlooks a lawn where the pool area is located. A long porch with deckchairs and sofas, from which you can enjoy the view of the enchanting bay, enhances this part of Villa Sunset. 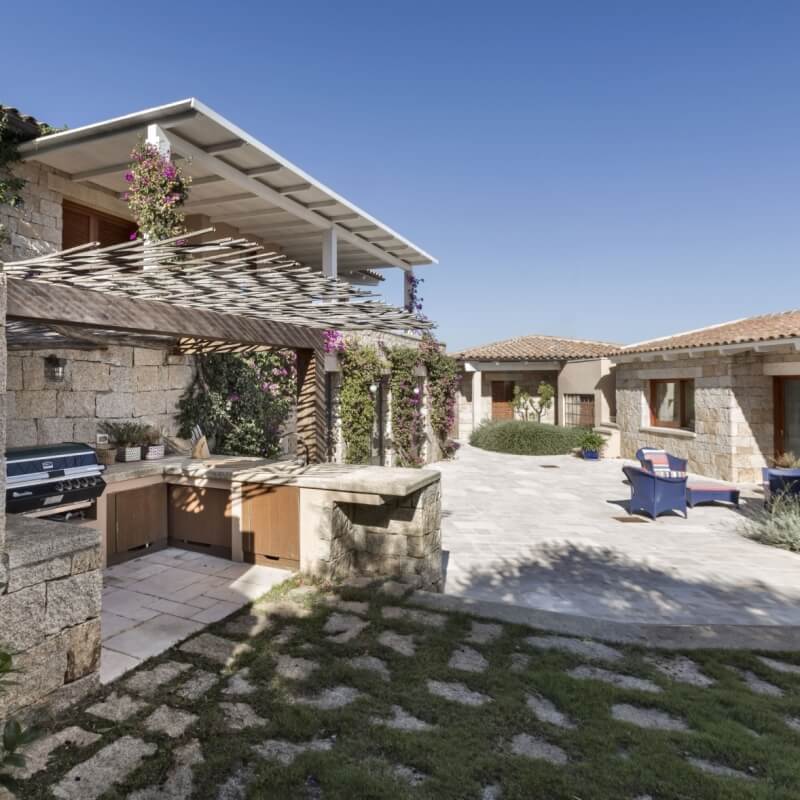 By clicking on PROCEED you will be transferred to the page to request availability of this villa.